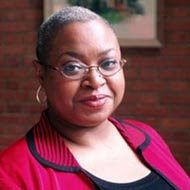 One on One with the Rev. Leah D. Daughtry
DNCC CEO ready to roll out historic event
By Ann Brown
To some, it would seem like a daunting task to lead the charge for the 2008 Democratic National Convention Committee, where history will be made as the party officially selects an African American, Sen. Barack Obama, as its presidential candidate. But for convention CEO, the Rev. Leah D. Daughtry, it's all about preparedness and tapping into all possible resources -- from faith-based groups and grassroots organizations to community outreach to the world of politics.
The convention is expected to draw more than 50,000 people, including delegates, alternate delegates, politicians, and members of the media.
Democratic National Committee head Howard Dean selected Daughtry, his chief of staff, for the massive undertaking. Daughtry, the 44-year-old daughter of legendary church leader and civil rights activist the Rev. Herbert Daughtry, had been in the Democratic trenches before. She has held various senior posts at the Department of Labor during the Clinton administration, and also served on the Clinton-Gore 1992 transition team as managing director of the 1992 Democratic National Convention.
The pastor of The House of the Lord Church in Washington, D.C has already overcome a number of DNCC obstacles, including rumors of money problems, unhappy African American bloggers who felt shut out of the press corps, and a major venue shift for Sen. Barack Obama's acceptance speech. But now, as the convention in Denver nears--Aug. 25 to Aug. 28 --Daughtry says she's ready to roll. The reverend spoke to BlackEnterprise.com about her role and this unprecedented election.
[ m o r e ] [ Source ]
Departments: independent woman