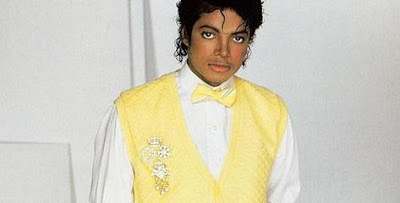 (My favorite poster of Michael Jackson as a child.)

When I heard on Thursday that Michael Jackson had died, I literally cried. Michael Jackson was my first celebrity crush. At all of six years old, I just knew I was going to marry Michael Jackson. Thriller had just been released, and I was in love!

There are so many tributes to Michael Jackson out there. I won't go down memory lane. It is so much easier to say that we have lost The King. Condolences to his family and all those who loved him.

This is my favorite Michael Jackson video (among many):


Rest in Peace, Michael. There will never be another.
Departments: note from ms. aja b