Self-Love Sundays: Accept Me As I Am…NOW


Recently, I saw a question posted on Facebook asking if it was fair to tell someone to “Accept me as I am!” if you, yourself, were unhappy with your current state in life. This made me think about my last relationship and reflect on the whole acceptance thing. 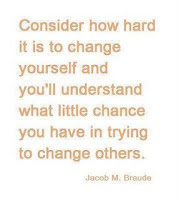 My last relationship was a complicated one. We had a lot in common and had many good times. BUT...he and I butted heads a lot because he was one of those men who never liked things “heavy”. He never liked to have deep conversations. So in order to keep things light, he would constantly joke around and be sarcastic to the point where he was offensive. And then his way of speaking sometimes made me feel like he was trying to tell me what to do and I did not take kindly to that. He said I was too “technical” and serious. That I was being too "sensitive". This was always when I wanted to discuss the state of our relationship and where we were going. So during one of our heated conversations over the phone, I said those 5 magic words to him: “Accept me as I am!” I then told him that this was me and if he didn’t like who I was, he could keep it moving. I felt like he was trying to change me and it offended me. Who was he to tell me about myself?

Many of us have said those 5 magic words to a significant other…heck, we’ve said it to friends and family. It’s something you tell someone who you love and care about and vice versa. But I think this request is often taken out of context. I think it’s perfectly fair to accept someone as they are at that very moment. However, to be the best person you want to be, you have to grow and evolve. You learn from your past mistakes and setbacks. If you don’t learn or let go, you won’t move forward. You won’t grow. So if you are in this stalled state of life and then expect someone to accept you as you are, it won’t work. A big part of any relationship (even friendships) is two people walking together on their individual paths. But if one person is not moving and the other is, the relationship won’t work. 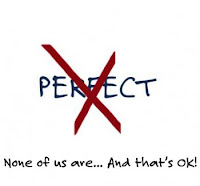 The greatest lesson I have learned in my life is that I cannot change someone else. I can only change myself. Many of us try to control people and situations but in all reality, you can’t. You can only control YOU. You can’t control how the other person will react or treat you. But you can control how you react to their actions. You have the power to change you for the better. So my ex telling me to change this and that maybe I should be “this way” really pissed me off. Because I accepted him for who he was when we first got together. So imagine my surprise when later on into the relationship, when we started to have issues and I voiced my complaints, he threw those 5 magic words back at me. He told me that I knew who he was when we got together so he couldn’t understand why I was having issues with who he was.

While this is true, I’ll be honest and say that I didn’t expect him to stay the same for the rest of his life. I expected him to evolve and grow as well. I believed that there would be moments with us when things would get heavy and that’s okay. But he’s a stubborn man with his own issues and I had to come to terms with the fact that he has to change on his own. I can’t change him. I tried to make it work but me working on myself wasn't going to save our relationship. A relationship is a team effort. It was hard to walk away. It still hurts because I know he’s a good man and has a good heart. But his stubbornness and unwillingness to grow and evolve is what made me walk away.

Dating is not easy, period. That’s why it is so important to learn the lesson in every heartache and not let those heartaches stall your life. As I always say, acceptance is the foundation to everything in life. If you can accept things as they are, those things beyond your control…life would be so much easier to deal with. When we can accept that we are accountable for ourselves and not someone else, I think there will be more happy relationships out there. We will not waste our time trying to change someone else and instead focus on fixing ourselves. You can't make someone do what you want or treat you the way you want to be treated. At the end of the day, you can only control your own actions.

So when I tell someone to accept me as I am, I am telling them to accept me as I am NOW. I won’t be the same person in 5 years. But my goal and mindset is to always try to be a better person. No one is perfect but really, it is the core of someone that counts. If someone has a good heart and will do anything for you, who cares if they joke around sometimes? Over time, that will change (if the person wants to change) but the contents of that great heart will remain the same.

My heart still aches for my ex. I really wish we would have gotten it right. But as I said, I can’t force him to change. All I can do is move forward and keep evolving as I walk my path in life. That’s how you live your best life possible; by being honest with yourself, recognizing your flaws, working to better yourself and just being happy. When that’s your focus, anything is possible in life. And you are showing yourself so much love by living your best life possible. As the saying goes, “Be that person you want to meet”. And let’s not forget…Accept me as I am! ((NOW))  ::big cheesy smile::